The Kilt has had a long and varying history over the years. It is a story of changes in design, government bans and links to the armed services. This series of blogs will look into the history of the Kilt, from its early beginnings up to what we now call the Modern Kilt. 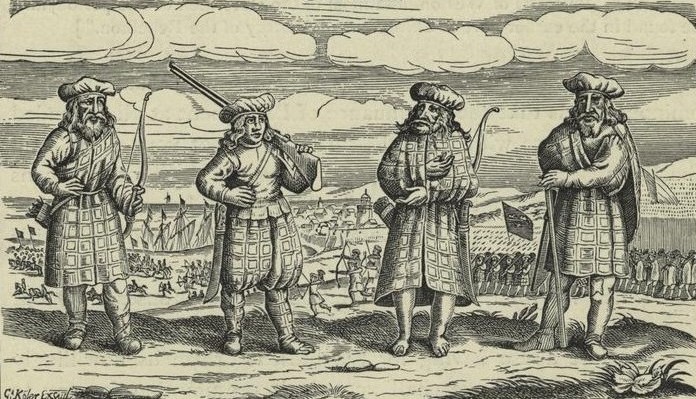 One of the earliest pictures of a Kilt, from the mid-1600’s

The first Kilts originated from around the end of the 16th Century. These ‘Great Kilts’, as they were known, are quite different from the Modern Kilts that are popular today. The original Kilts were worn as Belted Plaids, one large piece of material that was wrapped around the waist and belted like a modern kilt, with the rest of the material cast over the shoulder and attached on the front. The upper half could be used as a cloak, to cover the head during the rain, gathered to hang around the waist when not needed and even used as a blanket when camping. 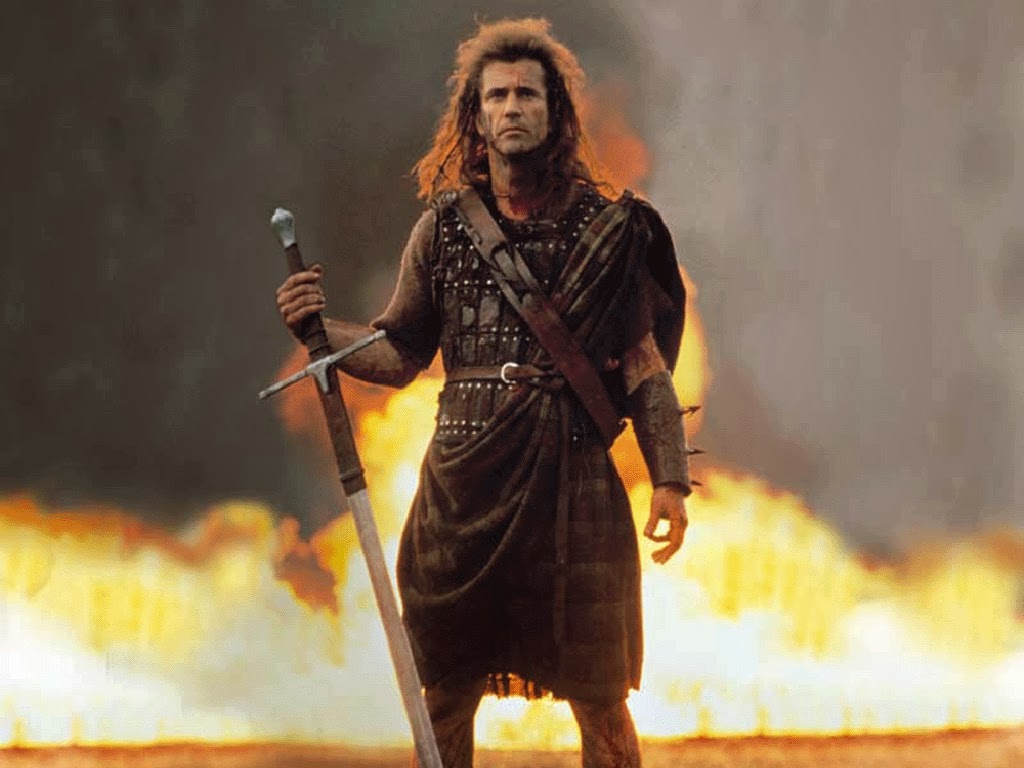 An iconic wearer of The Great Kilt was Mel Gibson as William Wallace in the film ‘Braveheart’, though Wallace probably never wore a Great Kilt himself.

A description from the 1800’s tells how the Kilt:

‘…is certainly very loose, and fits men inured to it to go through great fatigues, to make very quick marches, to bear out against the inclemency of the weather, to wade through rivers, and shelter in huts, woods, and rocks upon occasion; which men dressed in the low country garb could not possibly endure.’

Sounds like the ideal garment for negotiating the rugged Scottish terrain and changeable weather!

These Great Kilts were often made from thick wool in a check or tartan pattern. Certain tartans showed signs of associating themselves with certain areas, islands or families sometime in the 17th century.

Highland Soldier in the Mid-1700’s using his Plaid to protect his Musket from the weather.

In the next blog post we will look at how the popularity of the Kilt grew and the History of Tartan! Find Part 2 HERE!

[…] Mel Gibson from Braveheart is definitely a real man in a kilt! Source […]